The sun fled generations ago. The surface turned dark, inhospitable. In our desperation, we fled to the caves below, erecting three great bastions: the Arx of Troll, the Arx of Goblin, and the Arx of Cobra. We built the High Roads that we might travel in safety between them. But safety comes at a cost. Passage on the High Roads takes weeks, if not longer. And some people cannot wait.

You delvers serve the wealthy and impatient. For a fee, you embark on a Run, venturing into the evil depths between cities to deliver urgent messages.

Arx ObsKura is a LUMEN gameinspired by Arkane Studios' 2002 rpg Arx Fatalis and old-school adventure tabletop roleplaying games. Using six-sided dice and Tarot cards, you and your friends will plumb the deep places between cities, braving Eclipse cultists, ratfolk, Ylsian Knights, and more as you find your way in the dark.

You have three attributes: Cultist, Brigand, and Cutpurse, each reflecting different approaches your delver might take. Gain powers from the items you bring with you on each Run, spending Stuff to power them. Of course, the more Stuff you bring, the less room you have for Loot, and you need Loot to upgrade your delver and purchase new items. What's more, each time you fall in battle, you weaken and can carry one fewer Stuff or Loot.

With fully randomized character generation and a host of grisly foes, Arx ObsKura makes for a mashup of tense, old-school play and frenzied LUMEN combat.

In order to download this LUMEN game you must purchase it at or above the minimum price of $10 USD. You will get access to the following files:

Support this LUMEN game at or above a special price point to receive something exclusive.

Take 1! I'll refill these as necessary. 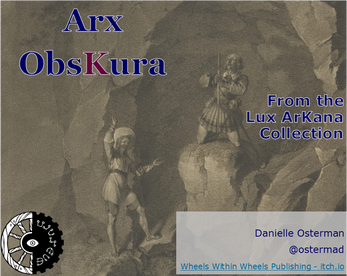 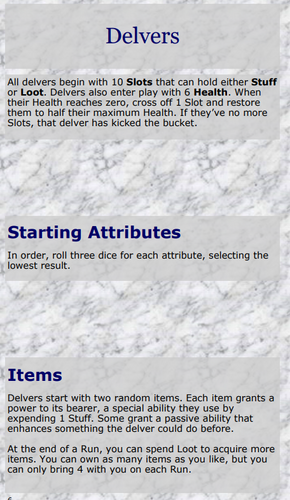 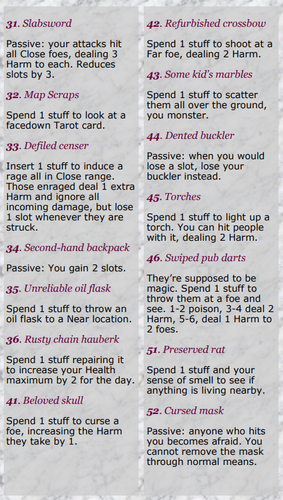 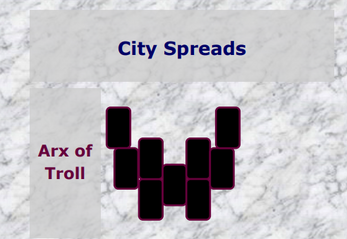